Temple Blog Meihua Quan, the unity of man and nature

There is no limit and Meihua Quan. Meihua moves to generate Yang and Yin and still moves again. One movement and one stillness are the basis for each other, and the Yin and Yang are divided. The combination of Yin and Yang produces water, fire, wood, metal, and earth. The five Qi are distributed smoothly, and the four seasons are transported. Five elements and one Yin and Yang, and one Meihua, which is inherently infinite, and each has its own nature. Merge and condense. Gan Dao becomes a man, Kun Dao becomes a woman, and the two Qi interacts to transform all things. All things are born and change endlessly.
In the “shelf” of Meihua Quan, “movement is Yang, static is Yin”. In the poles step, the five heats of “big, smooth, stubborn, small, and defeated” in “Five Potentials” correspond to the five elements of “gold, water, wood, fire, and earth”. The change of the five potentials is based on the principle of Yin and Yang and the power of Meihua Quan, “continuously changing and deriving according to the principle of the five elements’ mutual generation and phase. The rest, such as “hardness and softness”, “rising and falling”, and “advancing and retreating”, can all be described as Yin and Yang. The structure and changes of the “shelves” of Meihua Quan are exactly the scenes of a Ba Gua diagram. If Meihua Quan is to be practised well, it is necessary to have mutual roots in “movement and stillness”; “hardness and softness” must complement each other. This is the reason why “the unpredictable Yin and Yang are called gods” makes boxing superb and unpredictable.

What are "four gates and eight directions"?

What are “four gates and eight directions”?

The eight directions of Qiankan, Genzhenxun and Likundui in the eight trigrams are also called four positive and four corners. In addition, there must also be “changes of the nine palaces” in the palm and leg method of Meihua Quan. The nine palaces are four directions, four corners, eight directions and the middle point. The gossip thinking in traditional Chinese culture is an intuitive formal system, which is admissible. Meihua Quan considers the changes and applications of various boxing methods in eight directions or must conform to the number of “Nine Palaces”, making its content more colourful. It can make infinite changes in boxing methods according to the principles of gossip and line changes.

In the “shelf” of Meihua Quan, because of the different practice methods of “five standing steps” and “walking steps”, the “five standing steps” can train the energy of the whole body. When practising, one must concentrate, gather energy, adjust breath, and understand the method of gathering energy, which is obviously “inside training”. And “walking step” is to practice the lightness and quickness of footwork, which is mainly “practice outside”, so it is “both internal and external”.

No matter the practice of “shelf” or “Cheng Quan”, it must run through in one go, complete in one go, neither scattered nor chaotic, and integrate inside and outside. You must practice form, Qi, and spirit from beginning to end. First, “the unity of form and Qi” and then “the unity of spirit and Qi” to achieve the “integration of essence, Qi and spirit”, that is, “unity of Hunyuan and Qi”.

Meihua Quan, the unity of man and nature

Meihua Quan also regards the human body as a small world, based on the principle of “the unity of man and nature”. To practice Meihua Quan, you must know the principles of “addition and subtraction of exercise in four seasons” and “Yi Jin Jing”. The purpose of practising Meihua Quan is to “consolidate the root first”, that is: 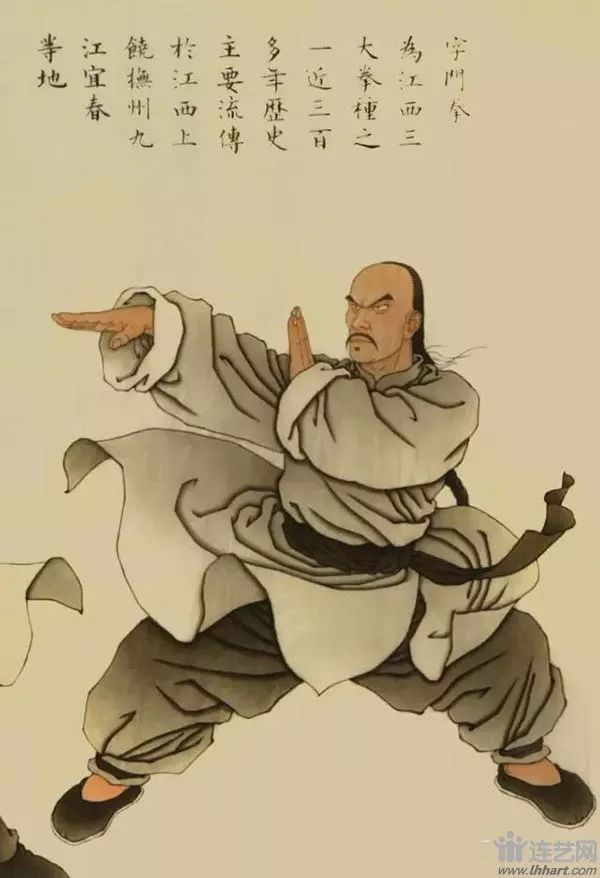